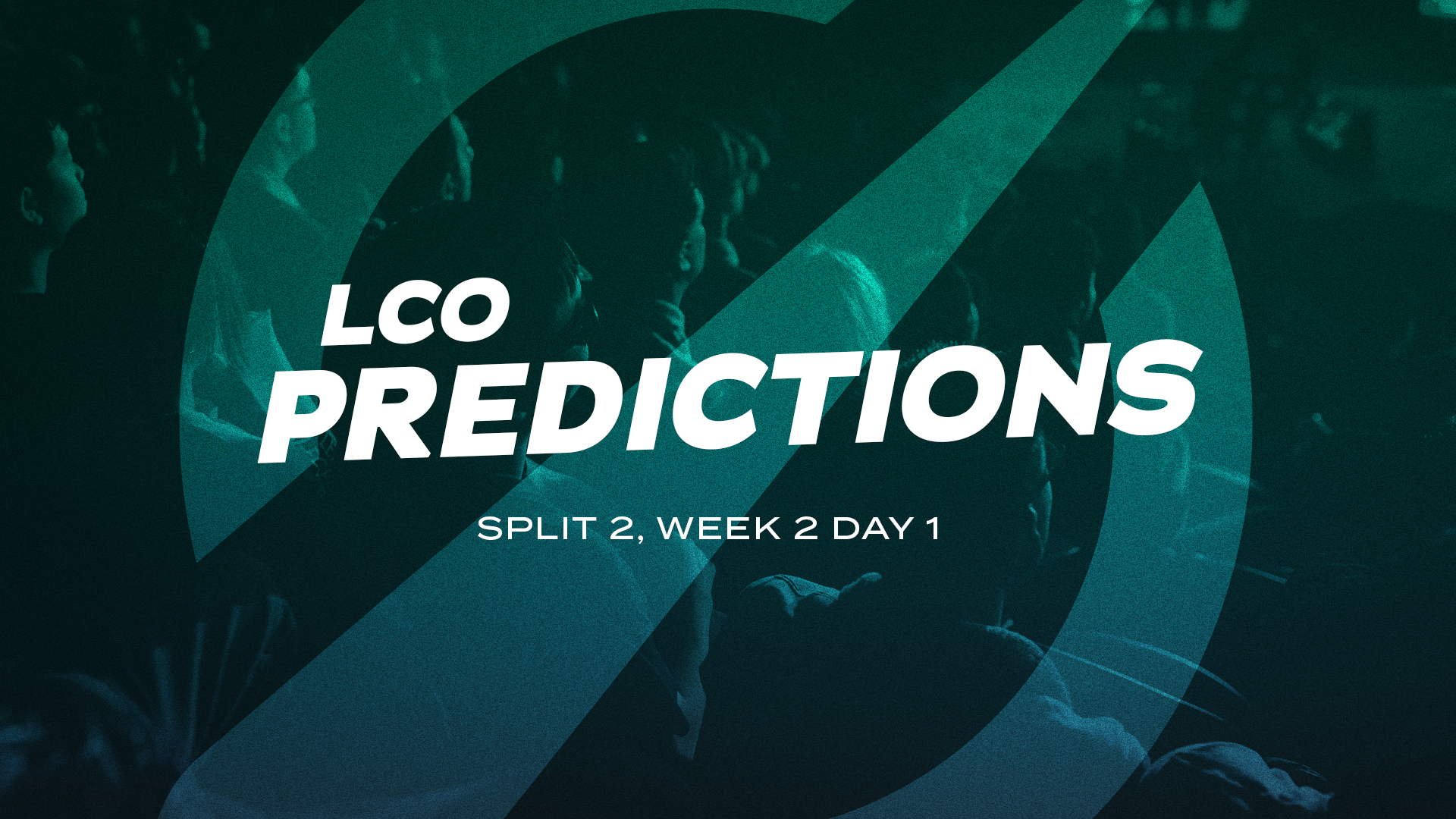 The first week of LCO is in the book and we have seen a new early pecking order emerge at the top, after Peace were able to one-up the defending champions Pentanet last Wednesday.

While one week is a small sample size in terms of playoff seeing, and whether or not this is truly what we should expect over the course of Split 2 — in all likelihood, it is not — every team will take their Week 1 results and turn them into motivation for the rest of the split, including this round.

Harry Taylor breaks down his feature match of Week 2, Day 1.

Taylor’s Pick of the Week: Chiefs vs. Legacy

I’m not going to lie, picking a game of the day today was tough.

While the Dire Wolves taking on Peace may have been any easy selection due to its standings implications, the Chiefs facing arch-rivals Legacy and all its history was too appetising to pass up.

The “El Clasico” is a series that stretches back over the entire history of Oceanic League of Legends. First starting as Avant Garde Ascension vs Team Immunity, back in the Regional days, the rivalry continued into the OPL, and has now become a modern day LCO battle. While the skill gap between the teams has varied over the years, once thing stays the same: winner takes bragging rights, no questions.

Both the Chiefs and Legacy need the victory this week too.

After converting a fifth-place finish in LCO Split 1 into a third-place playoffs run, the Chiefs are looking to climb the ladder that split and, obviously, that means winning every game they have on offer.

They were competitive against the new star-studded Peace lineup in their opening game, staying within touching distance until a 41st-minute team wipe doomed them to a 0-1 start. Wednesday was a better result, with Tristan “Lived” Fulcher breaking out the Sett, putting the Chiefs on his shoulders, and downing Mammoth.

On the other side, Legacy will want to show that they can still remain a contender in the hunt for LCO 2021 Split 2 playoffs.

Despite starting their campaign 0-2, the team showed a hefty helping of promise, and in different circumstances could have ended 1-1 or even 2-0. Their split opener against Gravitas was closely contested and, except for an overwhelming number of ‘winions’ streaming into their base, they could well have won that 48-minute slobber knocker. They also kept close in the mid game against Order; there’s plenty to like on offer with the Leafs so far in Split 2.

This El Clasico, however, will go to the Chiefs.

In both Week 1 games, the Chiefs were pushed to varying degrees early on, but were able to keep their control and stretch leads in the mid game. Legacy should be able to push their old rivals, and make the game hard work, but it’ll be a tall order for them to knock over the Chiefs this time around.

The LCO returns today. Chiefs vs Legacy will be played on Tuesday, June 22 at 7pm (AEST). Catch up on all the LCO 2021 Split 2 details in our ultimate coverage hub.