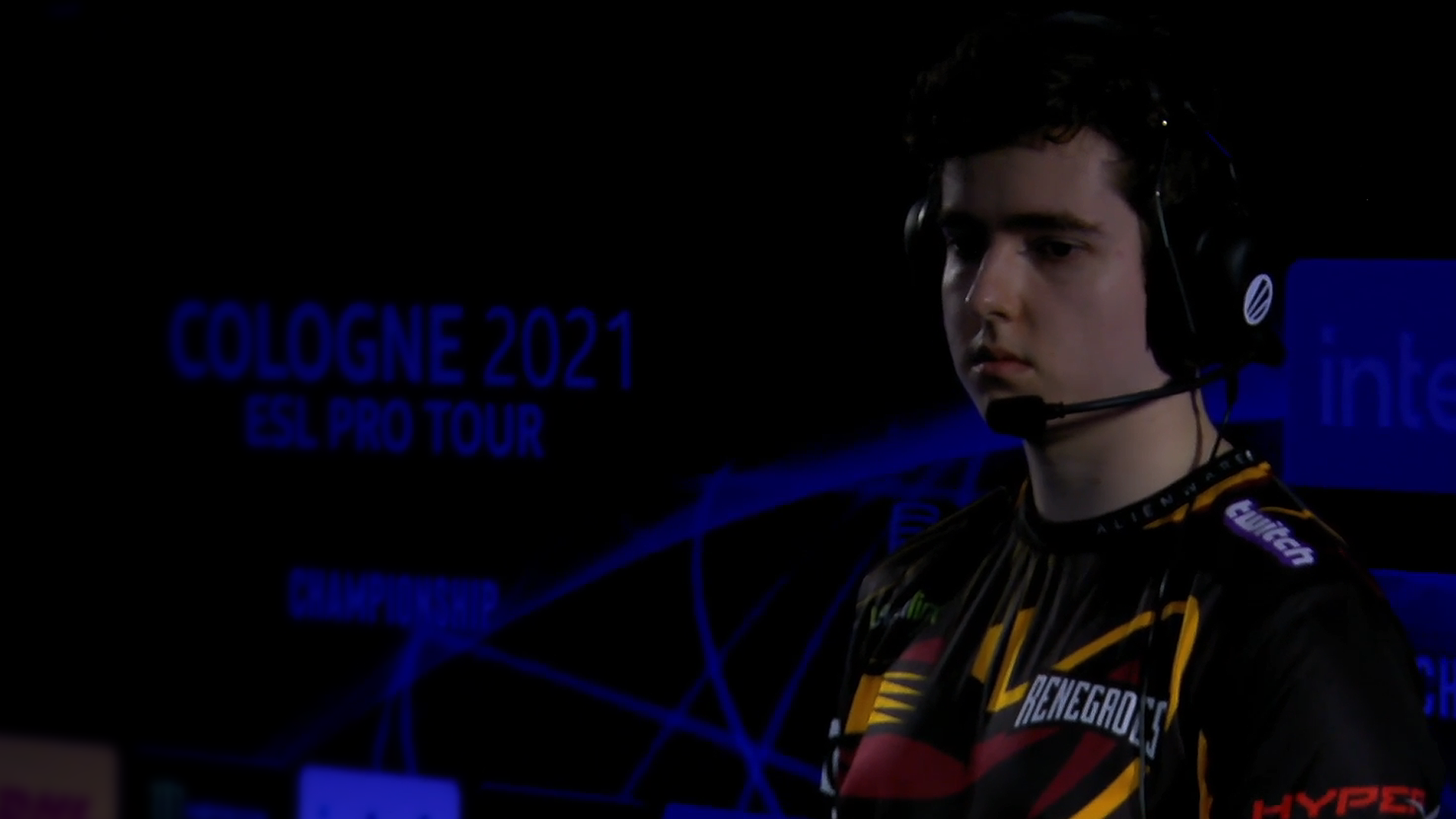 Mousesports and Complexity both exited IEM Cologne overnight with losses to Team Liquid and Virtus Pro, meaning Oceania’s last hope for offline glory rests in the hands of Renegades.

Renegades have already passed their Cologne test with flying colours, with play-in wins over MIBR and OG qualifying them for the top 16 main stage.

It’s a big win for Oceania, but what’s changed for coach David “Kingfisher” Kingsford’s and his expectations for the rest of the event? Nothing much really, aside from using the opportunity to learn as much as possible.

“From here, win or lose I expect we’ll come out of this event with a lot of new lessons and experience under our belt,” Kingfisher said.

“We’ve already exceeded expectations, now the boys get to play against the best without pressure and take the results as they come.”

“Most aspects of our game could still use improvement to be honest, but I think playing proper competition is the best teacher and is exactly what this team needs right now.”

Kingfisher competed for years across numerous squads in OCE, but moved to a coaching role in 2018, taking on duties at Ground Zero and Avant Gaming.

He joined Renegades in early 2021 as an analyst, with his move to coach only made recently ahead of IEM Cologne.

“Earlier this year I was lucky enough to start doing some analysis work with them while they competed at IEM Katowice and Pro League,” he said.

“There’s a lot more things to work and focus on as a coach. My main focuses have been on our mentality, developing our map pool, establishing good routines, and supporting Josh [INS] while he’s grown into the IGL role.”

With the pickup of Alistair “aliStair” Johnston instead of an in-game leader to replace the departing Chris “dexter” Nong, it was on Joshua “INS” Potter to take over captaincy.

It’s been nothing short of a revelation.

“Josh is a hard worker and an incredibly fast learner,” says Kingfisher.

“A lot of work goes along with the IGL role — an unfair amount really — but he’s risen to the challenge at every stage. I’ve been doing my best to support Josh by keeping us pointed in the right direction during training, and by taking as much of the workload of building our map pool as I can, which lets him focus on developing his natural instincts as IGL.”

The second move Renegades made — switching aliStair onto the main AWP, and Simon “Sico” Williams to a secondary sniper position — has also proven fruitful.

aliStair rated alongside the likes of NiP’s device and BIG’s syrsoN with 31 AWP kills against Natus Vincere in the group stage opener.

Combined with the play-in, aliStair has 106 AWP kills, third across both the play-in and group stage so far, while averaging 0.49 AWP kills per round — the highest of any player present in Cologne.

“[aliStair] has always been a beast on the ‘Big Green’ and his dynamic style has had the opportunity to really shine against good teams so far in this event,” he said.

“Some time ago the team was finding its new identity and Simon indicated he’d be comfortable switching roles. Ever since then he’s transitioned amazingly into the pack rifle/secondary AWP role.

“In retrospect it was definitely the best decision for the team and I think Simon deserves a lot of recognition for doing what he thought was best for the team and excelling in his new roles.”

“He meshes with our culture and our humour, he’s settled in really well. As a coach he’s learning as he goes as well — he understands analysis but he’s working on keeping everyone happy and meshing players together.”

Renegades eliminated MIBR and OG in the play-in, with their 2-1 win over the IEM Summer finalists one of the most tactically proficient ever seen from an Oceanic squad.

“The boys came into the qualifier [against OG] with a great mentality. I think the win against MIBR was a very important moment for the team leading up to the OG series,” Kingfisher said.

“While it could’ve been cleaner, it gave the boys confidence and was a great reminder that we are capable of navigating the mid-round and converting our advantages against good teams, so long as we stay vocal and keep our heads – which is what the boys were able to do against OG.”

RNG opened the group stage series against Natus Vincere with a win on Inferno.

But superstar s1mple and partner-in-crime electronic turned the series on its head, and the Renegades were unable to keep up with the CIS stars.

However, being able to stretch their wings against opposition outside of the ANZ region is a huge positive for the Renegades, regardless of results.

“I cannot overstate how important the opportunity to scrim and compete against EU teams is from a team development and morale standpoint. On a personal level, scrimming and preparing for EU teams has been a dream come true,” Kingfisher said.

“These top level teams play Counter-Strike in its purest form and the transition from studying them in Australia all this time to actually being a part of competing against them has made me so happy.”

For the winner, they stay in the hunt for ultimate glory in Cologne; for the loser, a long trip home.