This Aussie trailblazer needs convincing that OCE can be great again, but who's got the guts to make the big move?

It’s been six long years since Chad “SPUNJ” Burchill retired from playing competitive Counter-Strike. Despite leaving the stage at quite an early age, the 32-year-old remains a major influence to many back home — a pioneer who shaped our Oceanic scene at a point where the game was just starting to take over.

Since retiring, SPUNJ has since travelled the world as an award-winning caster and analyst, out to deliver us the most iconic moments from the lofty heights of CS:GO.

The veteran is no stranger to Cologne, having spent a part of his life living by the Cathedral of Counter-Strike.

“This place is like a second home for me,” SPUNJ told Snowball Esports. “I used to live here — I moved here back in 2018 when I realized I couldn’t live out of a suitcase.”

“I had some really good memories here — had my best game of CS ever here in Cologne — so it’s lovely to be back and I think this is one of the most iconic events [on the calendar].”

IEM Cologne, while existing in an online format for the previous two years, finally welcomes fans back to the LANXESS Arena this Friday as the playoffs are set to begin.

The ex-Vox Eminor and Renegade who took part in events like ESL One: Cologne 2014 and 2015 — both CS:GO majors back in the day — has definitely come a long way since.

From his early beginnings in Counter-Strike: Source where he competed overseas with Sydney Underground, to paving a path for the OCE region and developing talent like Justin “jks” Savage, the Perth native has undoubtedly left his mark upon Counter-Strike.

Nowadays, though he’s kept busy with the loaded event calendar overseas, SPUNJ still finds time to catch up with the happenings Down Under.

“I tune in every now and then,” said SPUNJ.

“Obviously the time zone makes things a little bit more difficult, but here and there I’ll see a Vertex game or maybe I’ll see what the ORDER boys are doing on a different day.

“I also talk to jks and [Chris ‘GoMeZ’ Orfanellis] who were with me in Vox Eminor and Renegades, just to check in and see how things are going — monitoring the landscape.

“There was obviously a period of time in Australia where we were the only professional team. Now, at least for a while, there have been a couple of them.”

Things have certainly changed throughout the years. Opportunities that were once limited to just a couple of events have bloomed into month-long multi-event trips for our best and brightest. The ecosystem, while not perhaps back to its best following COVID, is certainly trending upwards.

These international opportunities have seen a bulk of talent and organisations over the years try their luck overseas; most recently in the form of Encore, Vertex and ORDER at the EPL Conference in Sweden.

Seeing them make it overseas is one thing, seeing them succeed while doing so is another part altogether, a chapter that SPUNJ believes is still yet to be written.

“There’s obviously a couple of issues still [with the OCE scene],” he explained.

“You have the LFO boys who are now Encore, bringing back an old-school name that I’m quite familiar with.

“When I watch them, I see flashes of something — there’s definitely a couple of players who are on the radar of ‘these guys might just need some more time in Europe or might just need a different roster’ — but I think there are some problems because the power is all with the ORDER guys.”

The ORDER core, formerly Renegades until their organisation shift in June, have earned the bulk of the international opportunities for some time now.

Cruelly, the squad had begun capitalising on said opportunities just as COVID struck. While the pause hit hard, SPUNJ remains unconvinced and believes until they crack the formula again, the rest of the scene will struggle.

“[ORDER] are the top dogs, the ones that everybody wants to beat, the ones who get almost all the spots and the ones with the most experience.

“But they’re also not delivering, so if your best team is not competitive, you can’t expect the rest of the scene to be competitive around them.

It’s great to be nationalistic, but at the end of the day, competitive player careers are short — you want to do everything you can in that timeframe to take the opportunities to be the best that you can.

“One of the things that was good back in the day was you would win a qualifier, go overseas, get the experience, bring it back and everybody leaches off what you come back with.”

“It kind of feeds into one another. If Order are just practicing against the Australian teams who can’t do anything on the European scale, what are we really expecting the others to do?”

SPUNJ’s solution, unfortunately, comes at a high cost: “I know, once upon a time from that crew, I think it was [Liam “malta” Schembri] or [Chris ‘dexter’ Nong] saying ‘You know, we like the balance, we like living in Australia and going over’.”

“You can’t do that,” SPUNJ affirms.

“The best CS in the world is played in Europe, that’s a fact. So it does get a bit disparaging to see the Aussies getting smashed, but from these hard times, I’m sure we’ll find a roster with like-minded individuals that we need to get a team that will be competitive.”

A full-time move to fully realise the potential of our talent at home. Sounds fantastic, but logistically and bureaucratically — especially in today’s climate — it’s not so simple to up and leave for an extended period of time.

I can tell you that I’ve been there, I’ve done that. You need to live overseas for long periods of time — you have to go all in. It’s just the state of CS.

Chad “SPUNJ” Burchill on the fly-in-fly-out versus permanent move solution to OCE CS.

“I was very fortunate to have a British passport as well as an Australian passport before Brexit which let me stay in Europe for as long as I wanted, whereas for these guys we have visa issues and the like.

“You can’t just stay in Europe forever; I think they get 90 out of 180 days at a time, so not a very long time. So, unless they can get visas or support that would facilitate more of that, it becomes a difficult conversation to have.”

Time over in Europe is thus limited and extremely valuable, but that’s not the only solution. As a smaller but still effective step, SPUNJ suggests merging the Australian and the Asian scene.

It’s been done before. 2017 saw the introduction of the ZEN Esports Network, where teams competed in separate leagues in Asia and Oceania before the top squads from each region came together at an offline final.

Or at the Hyperion x OEL Launch in 2021, where squads from across the region went head-to-head online via OneQode’s Guam server system.

“What I think could be a key is to somehow combine the Oceanic region with the Asian region more because then you would grow the player base much wider,” SPUNJ continued.

“There would be much more talent and many more approaches to the game, and at least within that group of teams they can compete against each other and hopefully find improvements.”

“Back then we had the Minors where you played against teams like TYLOO or TheMongolz. These days Oceania and Asia tend to get a spot each so they don’t have to compete against each other.

“It’s probably the same reason why we see TYLOO and Rare Atom come to these events and get smashed as well.”

Australia had one other once-a-year bonus though — IEM Sydney. For a glorious two week period, the best of Europe and North America made the long trek to Australia, bringing with them a learning opportunity for the OCE scene to capitalise upon.

COVID put a stop to the event in 2020 just before its planned move to Melbourne. Two years on the opportunity returns — but it’s not a 16-team tier one Intel Extreme Masters.

ESL are easing back into the Aussie event concept via ESL Challenger which will only feature eight teams vying for a spot at Conference. While Oceania will still get international reps bringing their talent Down Under, it will be scaled back in comparison to past offerings.

“It will definitely have an impact too,” SPUNJ explained, “because it’s not that you’re going to have like 8-12 international teams come down, practice for a week, and maybe play against some of the smaller regional teams where they get that experience.”

SPUNJ understands that for the OCE region to return to the tier one calendar DreamHack must be a success — and he’s sure it will be.

“I’m interested to see how Australia will get into the DreamHack festival side of things, because I know when we have different events, it’s always a big turnout for the gaming stuff.

“If DreamHack can be the same, maybe we can have another full-scale event down there.”

SPUNJ re-iterates that despite his heritage, he remains an outsider to the unique bubble that is the Oceanic scene. But in his wrap up, he made sure to tell us not to forget about his “little Juzzy”.

“I don’t know what the scene is like intimately, but I know that jks is down there in PUGs, dropping 60 a game on FACEIT while he’s chilling out,” SPUNJ laughs.

Someone get this guy a team, please.

SPUNJ, alongside the six IEM Cologne finalists, will return to action on Friday as the LANXESS Arena welcomes fans for the first time in 24 months. Catch up with all the action via our ultimate coverage hub. 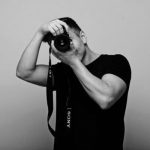