Can Kanga's late-season playoff push continue against the 'Wolves tonight? 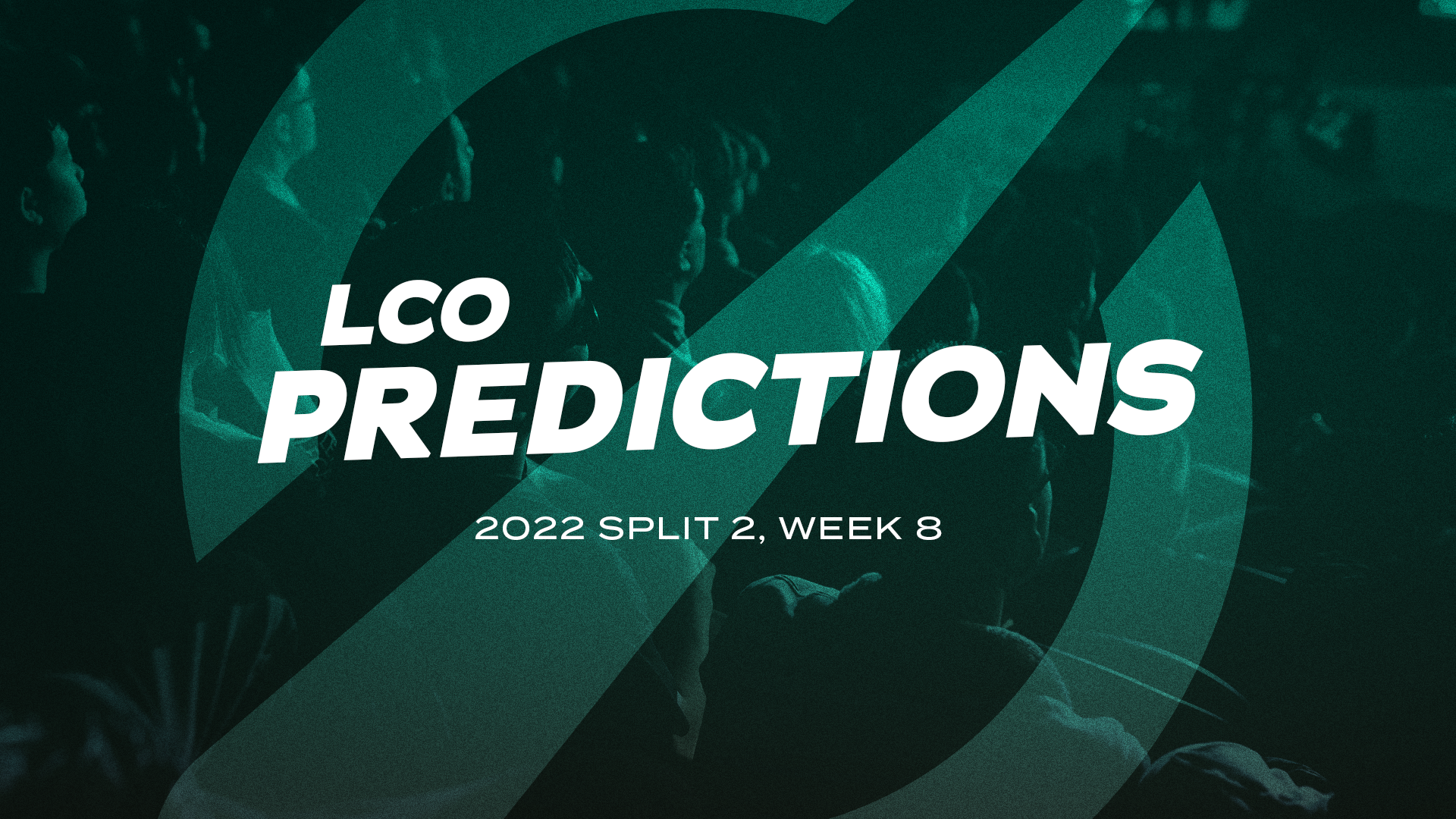 With five games remaining in the LCO Split 2 regular season, the stakes are raising as playoff seedings are fought for. With a mere three wins separating second through sixth, the importance of picking up dubs is ever growing.

Kanga began what is needed to be a hot streak of victories after defeating Peace last night. One game separates these teams, and with the head-to-head now being claimed by Kanga, Peace will not be comfortable with their standings as their struggles to find form have been split-long.

Dire Wolves will be looking to play spoiler to Kanga as they seek to maintain second place leading into their match up with Order next week that will almost certainly determine second place seeding.

Pentanet while, not out of second seed contention at just one game off the pace, a win against Order this evening is absolutely required, as with a losing head-to-head, second place would stand out of reach.

As the close of the regular season draws near, Mammoth will be looking to play spoiler, and this line-up certainly has looked like they could pick up more wins than what has eventuated. With a 2-0 head-to-head against Peace, a third win this evening could be what denies Peace their return to the world championships.

With the regulation season building to a precipice, I draw my attention again to a Kanga match, with wins absolutely crucial to a potential play offs debut.

A victory for Kanga has kept themselves in the play-offs hunt for another match day.

A victory this evening proves crucial for the Kang Gang to maintain some sense of control over their own destiny.

The mid-season surge for Kanga saw them pick up the dub the last time these teams met, with the Dire Wolves having stagnated after a strong opening round robin. This is not to say that the Dire Wolves have performed poorly by any stretch, as they have consistently performed above expectations.

However, I do believe Dire Wolves have exploitable elements — largely the mid lane champion pool of Pak Man “Siuman” Lo, being a specialist on a small array of champions. Siuman on specialist picks, notably, Akali and Ahri, shapes to be a completely different beast when compared to other champions.

Expect to see Kanga come into this match with a game plan, attempting to shift Siuman away from these champions or adequately have an answer for in anticipation.

With play-offs within grasp, Kanga have taken a calculated risk, with a last season roster change bringing in Ben “Benvi” Moore, formerly known as Fruitcake for Hayden “Tieng Sii” Ting. Tieng Sii, while improving over the course of the split, has been a weak point for Kanga. It is important to note that as a rookie, I do believe he has been more than serviceable.

However, Benvi notably brings long term competitive experience and a notable secondary voice to the team, having heavily relied on Dmitry “Fighto” Botov in the past weeks and this has been observable in games of weeks gone by.

Overall, I believe despite the potential risks, Kanga have calculated correctly, and have in turn strengthened their roster at the last second. Expect to see a closely fought match, as Kanga edge out a victory and stay in the play-offs race.

The LCO Split 2 resumes tonight at 6pm AEST, with game of the day Dire Wolves vs. Kanga set to close out the matchday at 9pm AEST. Catch up on all the split details in our ultimate coverage hub.