IEM Sydney 2019: Bringing the world’s best down under IEM Sydney is a progression of our local scene on a grandiose, global scale.

It’s a consortium of local favourites like Chiefs, Grayhound and Renegades with legends of CS:GO like Team Liquid and FaZe. It’s being a part of one of the biggest esports events in the Intel Extreme Masters, which travels to all corners of the world. It’s prestigious, and it’s the result of years of work in the region.

“IEM Sydney is the most prestigious esports tournament in Australia. As one of only four world stops for Intel Extreme Masters with some of the best CS:GO players on the planet competing, having local talent representing us up on a global stage is fantastic for our region,” said Nick Vanzetti, Managing Director of ESL Asia Pacific Japan.

Last week, the Chiefs were able to clinch the very last spot after toppling Breakaway Esports in the Sydney Derby. They joined Australian top 5 team Renegades, who received a direct invite, and cult favourite Grayhound, who qualified through the OCE Closed Qualifier, as the three teams heralding the hopes of Australia at IEM Sydney.

With the @ChiefsESC taking out the #IEM Sydney Derby and earning the final qualification spot to IEM Sydney last night, we now have our final lineup of world-class CSGO teams attending the event!

IEM Sydney is a great chance to showcase the region’s best up-and-coming talent. With players like Jay “Liazz” Tregillgas and Sean “Gratisfaction” Kaiwai making it big on the international stage after starting in OCE, Vanzetti hope this chance in the spotlight will allow the region’s gems to shine.

“Grayhound and the Chiefs have an amazing opportunity in the spotlight and they’ll have the support of a huge local crowd behind them. We’re eager to see how they perform” said Nick Vanzetti

The intense competition of IEM Sydney will span over six days, playing out in front of thousands of fans at Qudos Bank Arena and millions more online. With $250,000 USD on the line, only one of the 16 world’s greatest CS:GO teams will be taking the title of IEM Sydney 2019 champions home.

However, it isn’t just the world’s best CS:GO teams descending on Sydney for a week-long esports festival. Australia’s best Overwatch talent will be fighting it out at Qudos Bank Arena on May 4-5 for the Contenders Australia Season 1 2019 finals. A spot at the Pacific Showdown in Shanghai to represent the region is on the line, as well as a share of the $100,000 USD prize pool—the biggest in ANZ Overwatch history.

IEM Sydney 2019 is the best rendition of Sydney’s biggest esports event of the year, and it’s another monumental step for the growth of esports in Australia. Tickets are still available, starting at $45 AUD for a day-pass. 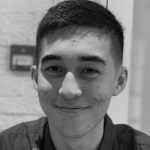 William Egerton
New to Snowball's writing team in 2019 is William "willy2k" Egerton. He's been playing video games since the age of 5, is currently a university student and a keen CS:GO player.