Group B is a group of questions.

While you can be confident in one or two of these teams, for the most part trying to predict what will happen is akin to fishing with dynamite in the Tasman Sea. Nearly everyone can claim a stake to a spot in the playoffs. So, what do they bring to the table? Let’s find out.

If you were told following IEM Sydney last year that Faze would fall from being the 2nd best in the world to struggling to be in the top 5, you would have probably told that person that he’s a lunatic. Turns out the lunatic was right and Faze is now at a crossroads. They need to have an impact tournament within the next two months or risk falling out prominence.

That tournament could have been IEM Sydney.

With Faze now hit with the loss of both Nikola “NiKo” Kovač and Dauren “AdreN” Kystaubayev, for the first day, the slight risk of Faze being beaten in the first round has now grown 10-fold. It doesn’t help the fact that they have been slow to start in recent tournaments (3-5 since former In Game Leader’s Finn “karrigan” Andersen’s departure) and have not won an opening Bo1 in the same period. If they had their full line-up, this would have been an easy group to qualify out of. But unfortunately for Faze, the Esports Gods rarely show any mercy.

Apart from the failure at the Katowice Major, Fnatic have been good without exceeding so far this year as the come into Sydney as a dark horse contender. However, their performance at StarLadder at the start of May suggested that maybe we shouldn’t gloss over them as just an underdog.

Especially if you forgive what happened at Katowice, Fnatic have done well over the past 6 months with consistent Top 4 placings on LAN. Are they being undersold? Should we be considering them to go the distance and win the entire event?

The one thing we know for sure is that the Swedes are all but guaranteed a spot in the Playoffs with one of the easiest runs in the entire tournament with the only real challenge possibly being FaZe in the seeding match if current form around the other teams stays consistent.

What else can you say about MIBR that hasn’t been said this year? The Brazilians have been hounded with underwhelming results since their acquisition from SK Gaming last year with only one tournament win at the ZOTAC Cup Masters last August. And with growing calls for another shake-up to the line-up, the Brazilians must turn up too, or risk the calls being turned up to 11.

But can they do it in Sydney?

Their first challenge will be a familiar name to this squad for what happened last year. The Grayhounds. While the Aussie side may have the mental advantage coming into the match, we do have to remember that MIBR is easily the better team when they do turn up.

Even if they do win the first round, they (probably) go straight into a Bo3 with an in form Fnatic, a tough task for most teams, more so when you’re in a bit of a rut. It looks like their best hopes of making it to the playoffs stage will be with a lower bracket run.

It will be tough for the Brazilians, but it’s possible for them to make a deep stage run come the weekend.

Like a sports team slowly reaching the end of their championship window, NRG are starting to reach the end of their Tier 1 entry window. IEM Sydney could be the point where they finally confirm their spot as one of the best in the world or if they stay in the realms of Tier 2 until their eventual demise. While they did show some promise towards the middle of last year, they have cooled off somewhat and have taken a backseat as of late.

But now is the time for them to show or walk.  And with a group like this, NRG will face a full-on assault to try and make it to the playoffs. A perfect battleground to show your best.

The early challenger for the NA squad will be ViCi, a team that has had a good start to the year and who could easily upset NRG in a Bo1. If they can push them aside and then take Faze to a three-game series, then they have a good shot at making it to the playoffs, even if it’s through the lower bracket. But an early lose sees them in a bad spot, especially towards the end of the group.

It’s time to show us what you are made of NRG, step up to the plate and get ready to bat.

To say that Heroic will be having a tough time at IEM Sydney is an understatement. Having qualified through the GG.Bet Sydney Invitational, the Scandinavian side are against the odds from the outset with a first-round battle with Fnatic that will be nothing but an uphill battle for them.

And it doesn’t get easier in the Lower Bracket, where they will face either Grayhounds or MIBR first up before having to face the likes of NRG and ViCi later. It all stacks to be a rough time for Heroic, who need nothing short of a miracle to find their way past the group stage.

They took the world by storm last year, and now they return to go one better. Grayhound are for the most part, the best hope of the two locally qualified teams to make an appearance on Friday afternoon on stage. And they have a relatively decent shot of making it IF they can deal with their first-round opponent, MIBR.

Even if they do lose to Fnatic in the next round, they would still have a decent chance against most of the other teams in the group and could make a good run in the lower bracket.

ViCi come to IEM Sydney with both expectations and question to answer. Especially after knocking out Tyloo in the Chinese qualifier and having a good start to the year, they come into the event looking to make a strong statement to prove themselves worthy of being the best of Chinese CS. But it’s not just the team looking to make a statement.

Is it a true IEM Sydney without the Chiefs?  Having qualified for the third time in a row, the Boys in Blue will be looking to finally take the final step to make it to the stage. But is it possible for them?

As said earlier, FaZe isn’t the best starters which could provide the Chiefs with an opening to make a run in the upper bracket. However, it looks more than likely that they will have to fight to the death in the lower bracket to have any chance of making it to Friday or later.

A tough task, but not an impossible one.

As I said earlier, while you can be confident in a few teams making it without much fuss, the final slot in the playoffs will be hard to pick, with everyone bar Heroic having a claim to make it to the stage on come Friday.

The only team now all but guaranteed a spot so far are Fnatic. For the other spots, things get interesting.

While MIBR have the talent to push into the weekend, their recent form still leaves too many questions marks to justify them as a favourite for either spot. But it does look likely that they will need to make a lower bracket run if an Upper Bracket Semi against Fnatic a touch too much on their current form.

Meanwhile in the top half, a win for the Chiefs will see things blown wide open with themselves, NRG and ViCi having claims to that 2nd spot for the Qudos Bank Arena.

But who will make it through? I still think Faze have enough, but they are very vulnerable now, so if they don’t make it, the Chiefs should have enough power to finally make it to the weekend.

But who will nab the final spot? Well, we are looking for a team with something to prove, the tenacity to get through 2 or 3 sudden death Bo3’s and the sheer will power to make it through.

Sounds like everyone fits at least some of that profile, but the only ones who tick every box are, somewhat surprisingly MIBR.

Even if they have big issues at the current moment, the Brazilians still have the power that propped them to their dominant 2016 run, it’s just dormant currently, waiting for the perfect opportunity to come back to life?

Could IEM Sydney be their return to form? You’re gonna have to watch to find out what happens in this group of many questions. 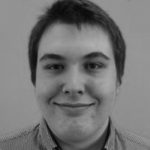 Christian Apay
Christian "ChrisTheAverage" Apay is one of Snowball's CS:GO contributors. When not writing, Chris spends his time either behind the mic freelance casting or showing what’s happening on screen - observing for the likes of Gfinity and ESL Australia.