A brief recap of the second regional event in OCE. RLCSX returned on September 5 for the second Fall regional event, with more than 50 teams once again piling into the open swiss ladder for a chance to qualify for the big stage.

This time around, only 24 spots were available for open qualification, due to Vort Central and Gaming Gamers both receiving a seeded invite into the Top 32.

Stage one of the event would continue with the same format, eight pools of four teams in a double-elim bracket, with 16 teams advancing.

While this stage played out mostly as expected, there were a few surprises: Ferox and Southern Stars both qualified in the winners brackets over invited Fury and Canberra Havoc, who had to settle for lower seeds.

Stage 2 began with a slight update. Eight teams would now advance to the final day, instead of the original four. This change seemed to be decided upon by ESL following outcry from players after the first regional. This adaptation to the format allowed what many players felt to be a more fair event, as it eliminated the need for tiebreakers in Stage 2.

Cringe Society come in as the defending regional champions, with some squads looking to finalize their spots for the Fall Major!

During the second swiss bracket, tracking progress was simple as three victories put teams through to the next round, and a 0–3 record meant elimination. Not every team had an easy run though, including the Dire Wolves, who faced five other favourites throughout the second stage, and were eventually punted by Fury in a 3–2 reverse sweep.

Canberra Havoc enjoyed a solid run at the same time, surviving two dropped matches on their way to the eighth and final spot in the quarterfinals.

The first quarter final kicked off with Vort Central looking to upset Mindfreak, who have become a consistent top four benchmark recently. Although Vort were able to find a few wins in the close affair, MF’s defence held firm for a 4–2 win.

Match two had another rematch between Cringe Society and Fury, and although the squad of Kenny Salmon, Scratch, and Matro staved off a straight sweep, thanks to a huge game four overtime, they couldn’t stop the Season X champs from collecting a 4–1 victory.

A tense overtime ends with a huge play from @CJCJ_RL to take the @Renegades to a 3-0 lead! 🔥🔥 #ESLRLOCE

The event favourites, Renegades, also moved through to the final four, toppling Gaming Gamers in a tense five-game series. What made this series unique was how strong both team’s defences were. Each dished out constant punishment, with one goal splitting most matches. Renegades eventually emerged the winners after Game 5.

The last of the quarterfinals unfortunately saw Havoc’s miracle run come to a halt, as they were edged by a Ground Zero on the upswing. GZ had beaten Cringe Society just two weeks prior, and they played in a similar fashion to sweep Canberra in a one-sided 4–0.

The semi finals were just as lopsided, with Cringe Society and Renegades both accounting for their final four opponents in 4–0 sweeps to set up a grand final rematch.

Coming into the grand final, Cringe Society had not only won every series, but the defending regional champions had only dropped two games in their warpath to the decider.

That meant it was a bit of a shock as Renegades came out firing, taking the first game away from them, and then doubling down with a four-goal demolition in the second.

Cringe’s defence was able to bounce back in game three, but Renegades found a way to put another three past them, and move to match point. The Society denied that first chance with a win in Game 4, but Renegades were not to be stopped.

The winners marched through with a flurry of goals late in the fifth, putting Renegades back at the top of the Oceanic mountain at the end of the second event.

🏆 The winners of the #ESLRLOCE Event 2 are the @Renegades! 🏆

What did we learn from Event 2?

This second regional taught the Oceanic fanbase quite a bit. We saw an improved format, more matches, and more importantly a clear-cut line for what it takes to be the best.

It seems fight for first is becoming a two horse race, with familiar names constantly duking it out for that top spot, yet Mindfreak’s consistency and GZ’s resurgence may well give them more opportunities in the future to break through.

With two events finished now, the pressure will be on for all teams looking to qualify for the Oceanic major following our third regional.

While the top 10 teams secure in their positioning, the brawl to finish top 16 in our next event promises to bring dramatics as every win will count.

Furthermore, with the record score line between Cringe and Renegades now sitting 1–1, expectations will be that this third regional will probably have our rubber match to see who can claim that top spot heading into the premier event.

We're already over halfway through the First Split!

Don't forget that the top 16 teams from the Fall Split will qualify for this splits Oceanic Major!@ESLAustralia | @ESLRocketLeague pic.twitter.com/sncbbfxaMX 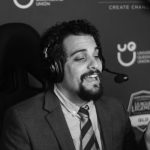