If you’re anything like me, you’ve spent your weekend with eyes glued to the monitor, eagerly awaiting Blizzard’s annual opening ceremony keynote for this year’s big reveals. To be specific, I’m talking about the worst kept secret in the week long lead up to BlizzCon, the surprise(?) sequel of Overwatch 2.

With the sight of Lilith’s translucent heartbeat mimicking my own, I too was summoned by the blood of the willing to witness what exactly the Overwatch development team had in store for us this weekend. Here’s a quick summary of what was announced:

Overwatch 2 builds on the award-winning foundation of epic competitive play, and challenges the world’s heroes to team up, power up, and take on an overwhelming outbreak of threats around the globe.

If you’re asking me what my initial reaction was, I would tell you that the onslaught of prior leaks had definitely dulled the blunt force impact of the overall announcement. While the news hasn’t knocked me clean to the ground it’s still left me dazed and seeing two.

As a self proclaimed PvE god (I once held the top ranking in Overwatch Retribution for a total of 2 hours) I will always welcome the addition of more co-op and narrative content. But I know for many of us the real question we had on our minds was in regards to how the competitive multiplayer would evolve, and that is really the focus of what I want to discuss.

I will be clear in that no reasonable person is ever going to be upset with the addition of more of the usual suspects to the existing rogue’s gallery. New maps? Great. New heroes? Love it. New visuals? Very cool. But I’d be lying if I said I wasn’t still waiting for something else. Perhaps I’m being greedy with maybe even a sprinkling of self acknowledged entitlement, but in truth I had secretly hoped for a much bigger gameplay overhaul.

I guess the pervasive aura of uneasiness can be explained as a side effect of Overwatch Chapter 2 not truly feeling like a sequel in the traditional sense. The end result of which leads us to maintaining the status quo, which may not be a bad thing but it does mean some of the deeper issues with the core gameplay leading to player dissatisfaction will go unchanged for now. That however is a lengthy topic for another day.

The real juicy patty of the proverbial burger I want to bite into is the content announced that I believe will make the biggest impact on the competitive landscape; Push. This will be the first core game mode released since the launch of Overwatch in May 2016. Unlike deathmatch, CTF and other arcade modes introduced over time, none of those are defined as being a core game mode that is played in the standard quickplay and competitive rotation.

The reason this is important for the game is due to the need for greater variety in competitive modes; filling a vacant gap in current professional match formats as well as allowing for the potential to replace existing game modes if desired.

The first statement is easy to address as currently the Control game mode is played twice as maps one and five (or more for tiebreakers) in a standard first-to-three (or best-of-five) match. This places a greater weighting on Control in professional play where no other game modes are repeated in a standard match.

Adding a fifth competitive mode allows for each game mode to have equal weighting in a series, addressing fairness across the map pool. All of that is fine assuming we want to maintain the status quo of continuing to play each game mode equally.

An alternate consideration is the potential of removing game modes from professional formats that do not offer appealing gameplay. Assault (2CP) comes to mind first and foremost as the primary offender from the perspective of most players. General gameplay of the mode aside, the other issue both Assault and Hybrid modes share is the capability and frequency of draws.

No one likes to see draws in either their own games or professional play. Nothing stifles a match more than navigating a draw which causes complete redundancy during an active series. Reducing the capability or frequency of draws through adjustments to offending modes or removal of those modes will significantly improve the gameplay experience for viewers and players.

This is where I have to give praise to the design of Push as a mode akin to Escort that prevents the capability of draws. To catch everyone up on how the new mode works; Push is a two-way payload escorting game mode that revolves around control over a neutral mobile objective.

Unlike traditional Escort, the payload in Push is a robot which pushes a team coloured distance marker to denote the greatest distance achieved by either team in that particular game. When one team loses control over the objective, the robot switches sides, running toward and pushing the distance marker for the other team in the opposite direction.

Just like a traditional payload in Escort, the objective can be contested by both teams whereby the robot pauses in wait for either team to maintain control again. The team with the greatest distance achieved when the timer expires or the team that completes a full distance push to the end of the map will be the winner.

The overall gameplay of Push however is the result of familiar territory previously explored in other team based games. As is natural with a successful game like Overwatch, many of the most notable features are borrowed or inspired by the design lessons of past games.

Of those games, Team Fortress 2 is a clear standout among others for design inspiration. Push itself draws many similarities to the popular “Symmetrical Control Point” game mode featured in TF2, commonly referred to in the community as 5CP. The real genius in the design of Push comes with solving the challenges of 5CP which held the original game mode back.

As the staple competitive game mode in TF2, anyone with past experience in professional play will tell you that despite it representing the core competitive experience, it was also flawed in many areas.

For those unfamiliar, the goal of 5CP is to capture five control points placed in linear fashion on a symmetrical map. Each team begins with two points under their control and a neutral middle point to be contested from either side. Once the neutral middle point is captured, the team with control over three points pushes toward the opposing team’s second point where that team will look to defend, to be repeated until all five points are captured by a single team.

If this is beginning to sound familiar than you’ve already landed on more than a few similarities between TF2’s 5CP and Overwatch’s Push. While the gameplay of 5CP at times can be fast and fun, one of the primary issues often experienced is pacing. Despite TF2 being the team based shooter that first introduced the payload mechanic, the escort game modes landed flat among the competitive community and were not played in most organised settings.

The payload mechanic when brought over to Overwatch however introduced a much welcomed tempo regulation device, serving as a focal point for teams to contend over much like the ball in most traditional sports. The lack of this mechanic in 5CP means the pace is set simply by how quickly a team can move across the map, resulting in incredibly fast map completions and total blowouts for opponents in one sided games.

The opposite is also painfully true for close matches as once a team successfully captures the neutral middle point, both sides will enter a stalemate that can last for egregiously long durations where neither team is willing to risk pushing into the other.

Where Overwatch’s Push solves these problems is by introducing a payload that regulates the pacing of the game while keeping the core 5CP gameplay experience intact.

In order to incentivise teams to push as the mode’s namesake would suggest, the greatest distance achieved by each team is recorded with a physical marker. As this marker represents an alternative win condition, teams are strongly encouraged to push the objective as much as possible and as far as possible, thus solving the stalemate problem often encountered in 5CP.

Due to the nature of the regulated speed at which a payload can move, teams will also experience far fewer blowouts at a far more acceptable pace. Teams must win considerably more consecutive fights in order to fully capture all objectives on the map, allowing defenders more opportunity to fight back. As stated by Overwatch Game Director Jeff Kaplan, internal testing has resulted in far more map wins decided by greatest distance rather than full map completions.

With the addition of Push, Overwatch has now successfully ported TF2’s most highly played competitive game mode. As a former competitive TF2 player this was the one gameplay experience I had optimistically wished for the most since Overwatch’s release.

While there have been many big additions announced to other parts of the game, Push is unequivocally a major win for the PvP focused side of the game. For both ranked players and Overwatch League fans, this will be something important to look forward to in addition to everything else announced.

While there’s certainly still a lot of work ahead before all complaints are quelled, this is at least a good start in the direction Overwatch is heading. 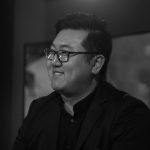 Kevin Walker
As a certified esports boomer, Kevin "AVRL" Walker is a professional commentator, analyst, and tenured veteran of esports bringing in over a decade worth of experience across the industry to his insight and analysis.