Oceania won't be without representation in the first round of Valorant franchising. The rise of Michael “WRONSKI” Wronski can easily be described as nothing short of meteoric. When he first began, he was known to be a menace in the servers; terrorizing casual players in online lobbies, as he slowly honed his craft. The Laotian-Australian youngster, however, was a man on a mission.

With their performances, the whispers start getting louder, as the roster goes on to get picked up by Team Bliss. “It was a pretty surreal moment for me just because I was actually making money from doing what I love,” WRONSKI said to Snowball Esports.

“After that, I joined McBTS, who were probably the third best team in the region. I was not getting paid anymore, but all I wanted to do was get better and better.”

The move to Bliss proved to be short lived. PEACE came knocking and WRONSKI was finally unleashed.

The squad performed exceptionally well during the 2021 Valorant OCE Tour (VOT) Stage 3. After confidently booking a spot in the upper bracket quarterfinals of the VOT Championship, a new WRONSKI seemed to have emerged.

Through his monstrous performances alone, WRONSKI was propelling his team to glory. The numbers don’t lie; in the six games he played during that period, he topped the server for every single one. “Up to this point in my career, this was easily the best tournament I had played,” he said.

This helped Peace secure a ticket to compete in the North American Last Chance Qualifier, making them the first roster to represent OCE at an international level. Storied Oceanic organisation Chiefs took notice–picking up the roster to provide them with the support they would need–and onward WRONSKI and the squad marched.

It was, however, too good to be true. Owing to the complexities brought about by COVID and its impact on traveling regulations and other complex factors, the team were unable to fly out.

The bitter truth of the whole situation is that the roster only played one official game for The Chiefs. “When I first joined them, I was extremely happy. I was being picked up by one of the most prestigious organizations in OCE. But that’s how life goes, and unfortunately it wasn’t meant to be.”

Benny “tensai” Phan, Michael “WRONSKI” Wronski, and Ben “Ciko” Easterbrook were regarded as the core of the roster and found their new homes at Mindfreak, where they joined Lewis “WAT” Watson and Jay “soju_j” Jeong.

“Under the MF banner, we didn’t do as well as I expected us to during the first stage of the 2022 VOT,” WRONSKI said. “I decided to take a break, but it turns out, it was a lot shorter than I had in mind.”

ORDER Esports and what could have been

While WROSNKI had plans to take his time and think about his future decisions, Order Esports were lurking in the background. With their existing Valorant roster missing out on competing at Valorant Champions Tour (VCT) APAC Challengers, they reached out to the youngster.

He believes that this couldn’t have come at a more opportune moment with the OCE competitive Valorant scene then experiencing a large-scale shuffle. “Joining Order for me was the one thing I needed to do if I ever wanted to make esports a full-time career,” he said.

“During the entirety of my time at Order, I really felt myself improving. I needed to be surrounded with like minded individuals, where our goal was to get better and compete at the highest level. The team chemistry was awesome, and we would just have a laugh every now and then. But we would also recognize when things got out of hand and when to take a pause.”

The squad’s cohesion and camaraderie speaks for itself, as a run of solid performances meant that Order were all set to represent the region at VCT APAC Challengers Stage 2. With more international opportunities opening up for the region, the stage was set for them to prove their worth.

Unfortunately, they didn’t make it past the preliminary stages, where they were drawn into a group with eventual winners Paper Rex.

“Individually, I had a good run in both tournaments. I proved to myself that I was easily capable of competing at the highest level. By the time VOT OCE Champs came around, my performance started to take a hit. No one wanted to scrim us back home and I was personally struggling.”

WRONSKI at this point in time was experiencing serious burn-out, something he believes he has worked on and identified since then. The team got their groove back together after a rough start and went on to win the tournament and qualify for VCT APAC LCQ.

The one thing that I really regret is playing Valorant every waking hour of the day. I very quickly burnt myself out and with that my confidence dropped.

After placing 5th-6th, the youngster was clearly disappointed in himself. “I probably played the two worst tournaments of my career. This really upset me, but the nail in the coffin was the downfall of Order and the announcement of franchising.”

In mid-August, Order Esports entered voluntary administration and in September, the Valorant roster was released from their contracts.

The competitive Valorant scene were holding their breaths for the imminent announcement of the organizations that had made it into their franchising model. It was widely believed that Order would have made it — had they continued to function.

WRONSKI stressed that franchising was “everything” for him. “It almost felt like my entire career wouldn’t amount to anything if I didn’t make it,” he said. “While I wanted to avoid us as a roster having to break up, the grim reality was that we had to now be picked up as individuals.”

Global Esports and the desire to achieve a life-long dream

Under the eyes of many, Oceanic Valorant has been dealt a bad hand. With no favours handed out by Riot, the region believes they are deserving of better. From their own rose-tinted glasses however, there hasn’t been a true success story since EXO Clan.

When Soniqs swooped in from North America to pick up the roster, the eyes of an entire region were on them. If they could prove themselves on the big stage, just maybe Riot would sit up and take notice.

Fast-forward a year later, and they are rarely mentioned.

WRONSKI’s move to Global Esports is a defining moment for OCE. A new chapter beckons and the young star is carrying the region’s hopes and dreams on his square shoulders.

The Indian esports organization made it to the elusive land of franchising and signed Jordan ‘AYRIN’ He to be their new captain. The former XSET player was largely credited for his team’s impressive performances at VCT Champions 2022.

As they aim to finalize the roster soon, they went on to pick up WRONSKI, who is eager to hit the ground running. “At the end of Order, two weeks went by and nothing of interest pops up. That’s when Global Esports got in touch and I had an interview with them. Aryin, Eraser and the Head of Esports were present,” he said.

While the jury is still out on how good of a move this is for the organization, WRONSKI himself is well aware of the risk they are taking. “I think they took a chance on me and there is definitely a little bit of risk involved.

“I mean who wouldn’t say that you know? I agree that there are players who have proven themselves, but I know that I am capable of competing at the highest level,” he added.

When pushed to give his thoughts on whether he had any doubts about making it to franchising, his answer resonated with confidence. “If anyone in OCE were to make it, it 100% had to be one of us in ex-Order. I’m not saying that the rest of the player pool is bad, but they just don’t have the same experience as us.”

Earlier in September, it was revealed that Global Esports will be moving to Korea to boot camp and prepare for VCT 2023. The organisation will be eager to travel with a finalized roster to ensure they have sufficient time to work on their new team’s chemistry.

For WRONSKI, this move isn’t just about him. It’s the hopes of an entire region that is desperate to see him go big. “The whole OCE community will be watching me closely with high expectations. With their support, I know I’ll have the fuel to play better and put myself and our region in the spotlight.

“I also just want to give my parents credit for helping me turn my dreams into reality. At first, they weren’t too sure about my passion to go pro. Plus, they had their concerns over whether I was ever going to make any money, especially in Oceania.

“Over time, they came to realize that I was proving them wrong. At the end of the day – I made them proud, and that makes me even happier,” he said.

Whether he likes it or not, WRONSKI’s move will go down in the history books of Oceanic Valorant. While the pressure does exist, he is confident he can rise above it. As the first one to take the leap into this new world of competitive Valorant, his performances will assuredly open up more pathways for the region and it truly is an exciting moment for a region that rarely gets any. 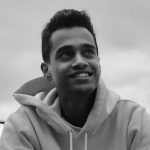