Chiefs Tally on qualifying for Worlds groups: “If it doesn’t happen this time I don’t see it happening at all” It’s do-or-die for The Chiefs today at Worlds. The LCO champions enter day three’s double-header at 0-2, and with every other Group A team recording a win, The Chiefs are currently set for elimination.

James “Tally” Shute is no stranger to fighting for Oceania at the League of Legends World event. Playing mid lane for The Chiefs with their near flawless run in LCO Split 2, Tally and the squad were over the moon with their performance.

“I would say we had a really good regular season, I think our performance on stage was very very good in my opinion,” said Tally to Snowball Esports.

“We were playing above our standards from our practice so it was really good to see we were having such successful games on stage.”

Surprisingly, Tally felt that his team actually played worse throughout the LCO finals, but remarked that knowing their competition assisted them greatly in their victory.

“I actually think in the finals we actually played the worst league that year — it felt really rigid. We were still able to win, which was really good for us since we were so comfortable playing against Pentanet. We felt like we knew them back to front.”

The mid laner spoke about his pre-event experience, noting how useful a boot camp is for The Chiefs as a whole–especially when getting more comfortable with the new environment.

“This is the first time I’ve done a pre boot camp for Worlds so it’s been really nice settling in, getting rid of the jetlag and adjusting to a new environment. A couple of us definitely hate flying and flying over here is a 14 hour flight so it’s a really long flight.

“I’d say we settled in pretty well, our scrims have been going pretty well so we’re comfortable with where we’re at.”

Now at Tally’s third Worlds for League of Legends, he feels confident with his team’s position entering the Play-In, particularly with the groups working in their favour.

“This is my third time at Worlds and this is the first time we’ve skipped the China-Korea group. I’m really happy with that cause I think they’re definitely a step above the other regions and like beating them is a very big fluke.

“So I’m glad we skipped them and we have stuff with wild card teams plus the weaker major region seeds so we’re really comfortable with our group.”

While matchups against both the NA and EU fourth seeds awaited them, Tally feels confident in The Chiefs capability to beat them, and while the squad fell to Fnatic in their day one opener, he seems equally unfazed.

“FNATIC and EG are both really good teams but we can beat them on good days, especially if we prepare well,” said Tally. “We’re comfortable with who we got from the major regions and the other wildcard teams.”

Stylistically, Chiefs is a team that tends to play through their bot lane, which matches FNATIC’s playstyle. Tally spoke about EG being a big contender however, as their focus on mid and jungle may cause issues for them as a team. The Chiefs will take on EG in the opening match of their double-header today.

“I’d say FNC is definitely the best team in our group but I’d say matchup wise we’re pretty good against them. I think stylistically we match up really well against them–we’re both bot focused teams so I’m pretty comfortable versing them.

“I’d say EG who is a very good mid jungle team is probably something we struggle with a lot. They’re probably the team we’ll struggle with the most, so that’s who we’re looking to prepare the most against and see how we go.”

However, The Chiefs are more than comfortable to play through mid if needed. Tally spoke more about his flexibility for his mid lane champion pool.

“I definitely have a lot of carry champs to play. I just haven’t had to play them because the playstyle we’ve been doing has been so successful, so we haven’t had to swap or try something different.

“I’m really comfortable playing utility mids like Lissandra, Galio and Ahri who are really good in the meta. TF received a buff for the Worlds patch which is super good for us cause he was my best champion for a very long time.”

Tally explained about how his familiarity with utility mids enable his teammates to succeed.

“I’m not too worried about playing these champions cause they’re not weak laners. They’re still fine laners they’re just really good at letting your teammates be successful. I think it’ll be really good for us and so we’ll have to see if other teams match us or try something else.”

Tally spoke further about the current meta in League of Legends before going into Worlds 2022.

“There was a couple of nerfs that happened in the patches from play offs, the shift in meta hasn’t been that much. It’s still the same kind of playstyle, there’s a couple of champions that popped up but the champions who got nerfed are still being played everywhere.”

He highlighted the strength of Chiefs in accordance with this playstyle, and pointed out both Arthur and Raes as the potential carries in their composition.

“It’s probably good that enchanters were nerfed since Aladoric is really good on engage champions so if we see more of those it’ll be really good for us.”

Tally’s confidence in The Chiefs as a whole isn’t totally unwarranted as well. Doing well in scrims and Champions Queue, The Chiefs remain a dark horse threat despite their early struggles.

“We’ve had some pretty good scrim partners recently and we’ve been doing really well in practice. We’re doing better than we thought we would against these teams which is really good for us cause it lets us feel really confident and lets us know where we stand at with the rest of the world.

“It’s definitely a good thing when we get to scrim these teams as we get to absorb so much and winning is a really big confidence boost which has been very good for us.”

With the sheer strength of The Chiefs’ current roster, Tally and the squad’s hopes for a group stage spot remain in their hands. With the Play-In stage well under way, we can only wait, watch and see if OCE’s last hope is able to get to groups this year.

“Anything less than groups is a failure for us, especially with our group draw–I think we’re a really good team and we have every resource to succeed, So if it doesn’t happen this time I don’t see it happening at all.”

Do-or-die. The Chiefs take on EG and Beyond Gaming in today’s Worlds 2022 Play-In double header. Keep up with the event via our ultimate coverage hub. 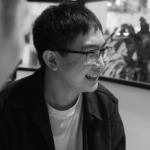